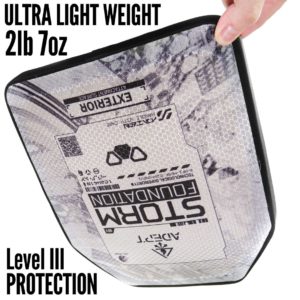 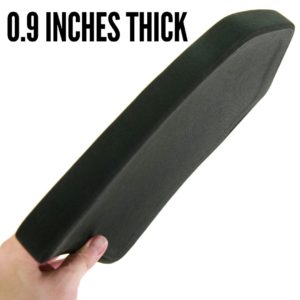 This is the lightest level 3 plate we have ever used.

It feels great in any plate carrier setup and perfect for those who want to reduce their overall rig weight.

The Storm “Foundation” plate is unlike any other plate we have seen.

While being ultra light weight, it also has the ability to be upgraded for additional protection.

Unlike other ultra light weight plate companies, this comes with 10×12″ SAPI cut which is useful for most plate carriers (including ours).

While most steel Lv3 armor plates can weigh around 7lbs – 9lbs per plate, this plate came in at just 2.4lbs!

That means 2 of these plates can weigh less than 1 generic steel armor plate.